For 21 years from January 1990 I had the great fortune to be a sports broadcaster with the ABC working alongside some of Australia’s finest broadcasters.

During that time I was privileged to witness first hand elite level sport at its best along with the opportunity to interview many outstanding athletes and coaches.

Here are some of my favourite moments behind the microphone with the national broadcaster.

They appear courtesy of the ABC, and where relevant, the International Olympic Committee. 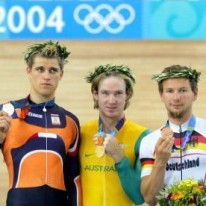 The men’s sprint is the blue riband event at the Olympic velodrome . Up until 2004 Australia had never succeeded  in winning gold. That all changed however when West Australian Ryan Bayley overcame Dutch world champion Theo Bos in the third and deciding race of the final.

Lighting of the cauldron at the 2004 Athens Olympics 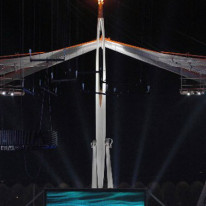 I was fortunate to broadcast the opening ceremony of the 2004 Athens Olympics alongside Grandstand’s Peter Walsh and my wife, Karen Tighe. It was an historic time with the Games returning to their spiritual home in Greece. 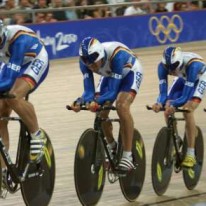 The men’s 4000m team pursuit at the 2000 Sydney Olympics created history when the German combination became the first team to go under four minutes for the 16-lap event.

Men’s keirin at the 2000 Sydney Olympics 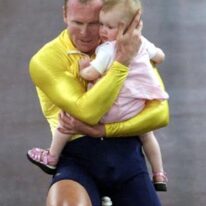 The glittering career of Australia’s Gary Neiwand came to an end at the 2000 Sydney Olympics. The 1993 sprint and keirin world champion was looking to bow out on a high. In the keirin at the Dunc Gray velodrome he almost added gold to his Olympic haul of one silver and two bronze […]

Madison at the 2000 Sydney Olympics 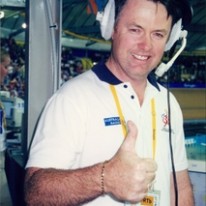 Australia entered the 2000 Sydney Olympics having not won a gold medal on the velodrome since the Los Angeles Games in 1984. The drought was broken when Brett Aitken and Scott McGrory triumphed in the Madison, an event making its Olympic debut in Sydney. My first call of an Australian Olympic gold medal. 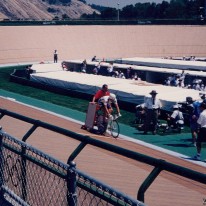 Victorian Shane Kelly was the hottest of favourites to claim the gold medal in the men’s kilometre time trial at the Stone Mountain velodrome at the 1996 Atlanta Olympics. He entered the event as the world record holder and as the reigning world champion was the last rider off in the field of 20. […] 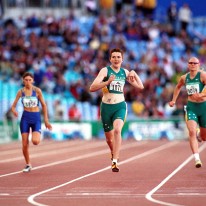 The women’s T38 200m for athletes with cerebral palsy provided one of the highlights for Australia at the 2000 Sydney Paralympics with the host nation claiming a hat-trick. 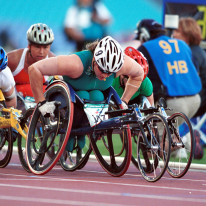 Wheelchair racer Louise Sauvage was one of the biggest names at the 2000 Sydney Paralympics and was accorded the honour of lighting the flame at the opening ceremony.  Her first event – the 800m – did not go according to plan as she suffered a crash. It represented her first loss in the event since […] 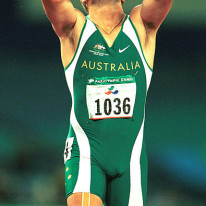 I was lucky enough to call the track and field at the 2000 Sydney Paralympics on both ABC Radio and TV. One of the feature races on the track was the men’s 100m for leg amputees featuring the fastest men in the world – Americans Tony Volpentest, Brian Frasier and Marlon Shirley along with […]