Those bemoaning the 16 months it took ASADA to investigate and subsequently issue show cause notices to players at the Essendon Football Club need to spend some time looking at other high-profile overseas doping cases before getting too up in arms.

In the past 15-odd years we have seen a dramatic change with respect to the most efficient way of exposing doping athletes and unscrupulous medicos, sports scientists and coaches

Catching an athlete through drug testing is somewhat of a rarity these days. The majority of doping infractions nowadays – especially in the case of high profile athletes and their support staff – are as a result of investigations by police, customs and anti-doping agencies rather than simply acting on the results of a positive doping test.

It actually stands to reason that this is the norm. Any well organized and funded doping operation is likely sophisticated enough to evade a positive drug test. Hence, a positive test to a PED is often no longer the starting point for the likes of ASADA and its American counterpart, USADA, when it comes to unearthing improprieties with respect to doping. And by their very nature such investigations take time, often plenty of time.

Let’s have a look at some of the major doping scandals of the past decade-and-a-half.

One of the most highly publicised was the inquiry into the operations of the Bay Area Laboratory Co-Operative (BALCO), the San Francisco-based Victor Conte-owned company. A US Federal Government inquiry was launched into the operations at BALCO in 2002 with USADA commencing its own inquiry in 2003.

Two of the central characters in these probes were Olympic gold medallist Marion Jones and the holder of the records for most career and in a single season home runs in MLB, Barry Bonds.

Jones, who won five medals at the Sydney Olympics, was an early target of the investigators but with no positive drug tests to her name catching her out took a while. In December 2004, Conte appeared in a TV interview where he admitted to supplying Jones with five different PEDs during and after the Sydney Games.

The probes then went into overdrive as they looked to unearth the truth about her sporting prowess.  She was called to give evidence before two grand juries. Eventually, after three years of investigations Jones performed a mea culpa on the steps of a courthouse in which she was about to be charged with perjury over her previous testimonies. She was subsequently hit with a jail term and stripped of her medals but it took the investigators more than three years of solid work to bring her undone.

Bonds was first investigated by the grand jury looking into the Balco scandal in December 2003. He had been in retirement for two months in November 2007 when he also was charged with perjury and obstructing justice. He finally went to trial in March 2011 and was convicted the following month. His demise came after an almost eight-year investigation.

Operación Puerto was a Spanish investigation into the practices of sports physician Eufemiano Fuentes in primarily the sport of professional cycling. It was launched by Spanish police in April 2004 and carried out in concert with the country’s anti-doping authority.

Fuentes was eventually arrested in May 2006 – 25 months after the probe began. His trial commenced in January 2013 and he was handed a suspended one-year jail term three months later and banned from working with athletes – just shy of nine years after the investigation into his practices was launched.

Along the way his blood doping operations saw suspensions handed to 1997 Tour de France winner Jan Ullrich in 2012 – six years after he actually retired – with many of his results expunged from the history books.

Former world number one Alejandro Valverde received a two-year ban in May 2010 having been first linked to Fuentes as a result of DNA testing of blood bags three years earlier.

In July 1998 the Tour de France was thrown into farce when Willy Voet, the soigneur for the Festina team was stopped at a customs check on the France-Belgium border and found to have a veritable pharmacy – including EPO, human growth hormone and anabolic steroids – in the team car he was driving.

One of the biggest names in the Festina squad was Richard Virenque who won the King of the Mountains’ polka dot jersey at the Tour de France a record seven times. He finally admitted to doping at a trial held in Lille in October 2000 and was hit with a nine-month ban – 25 months after the Festina scandal broke.

And then of course there is Lance Armstrong. The man who stated ad nauseum that because he never failed a doping test he could not have been the drug cheat that many asserted was finally handed a life ban in October 2012 following an investigation by USADA. That probe came after US federal prosecutors terminated their two-year probe into Armstrong’s alleged drug use in February 2012.

All these cases took many years to reach a conclusion and without any official positive doping tests they all required thorough, time consuming investigations.

Yes, ASADA has made life difficult for itself during its probe into the scandal at the Bombers. There have been undoubted moments that those involved would love to be able to retrieve and act on differently. However, in the end, we need to understand that investigations like these are very seldom ever cut and dry and almost never finalised quickly.

It is also worth remembering that the starting point for any players at Essendon – or indeed Cronulla in the NRL – who are found guilty of doping is a two-year ban in accordance with the WADA Code.

That sort of suspension is tantamount to a life ban in competitions like the AFL and NRL. Whilst serving such a suspension players cannot play their respective codes at any level whatsoever. It is hard to imagine that many of them would return to AFL and NRL ranks after a two-year period where they did not play the sport at all.

So, when you look at it like that, haste with respect to an investigation of that gravity is not wise – especially in Essendon’s case where you are investigating the actions of up to 45 players along with myriad support staff and club officials and doing so with a small team of investigators who also have other ongoing doping cases to deal with as well.

All sports fans – as highlighted by these cases in Australia and those of recent times overseas – will need to develop patience. In this fast-food world we all want instant answers. However with respect to probes like BALCO, Festina, Operación Puerto and our own into the Essendon and Cronulla Football Clubs, speedy resolutions are never going to be the norm.

"When it is dark enough, you can see the stars"

Incredibly proud of our son ... isolated ... away from his mates ... conscientiously completing his schoolwork ... helping care for his Mum ... all with a smile ... blessed ❤️ 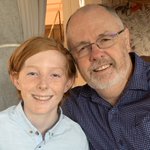 I didn’t vote for his party at the last election but I have to say I have been extremely impressed by Premier @MarkMcGowanMP and his Health Minister @RogerCookMLA handling of the #COVID19 situation in WA ... outstanding leadership 👏