Warner should be on his way home

David Warner is a man with issues – serious ones.

His off-field behaviour of late has been fraught with immature acts and senseless shenanigans – behaviour that has effectively ruled him out of the opening Ashes Test at Trent Bridge on 10 July.

Twice in the space of three weeks he has been called upon to explain himself with regard to behaviour deemed to be unacceptable by his primary employer, Cricket Australia.

He can count himself exceptionally lucky that he has not been sent home.

Many Australian cricket fans will today be questioning why he has been shown leniency given his erratic recent behaviour.

First, it was his Twitter rant against two of Australia’s leading and most experienced cricket journalists, Robert Craddock and Malcolm Conn.

Far from chastened by his public embarrassment he has now been slugged another $11,500 for taking a swing at England batsman Joe Root in a bar.

The charge was for ‘unbecoming behaviour’.

Warner, as he did with respect to his Twitter outburst, pleaded guilty at his CA disciplinary hearing presided over by Justice Gordon Lewis, CA’s senior commissioner for the code of behaviour.

On top of the fine Warner was also handed a suspension.

He has been ruled out of Australia’s remaining games at the Champions Trophy and both four-day first-class warm-up matches that the suad will play against Somerset and Worcestershire ahead of the opening Test.

With a paucity of runs so far in England this tour – 0, 0 and 9 – and with no chance to find form in the middle before the side arrives in Nottingham he has no chance of playing the first Test.

And, with four other openers in the squad – Ed Cowan, Shane Watson, Phil Hughes and Chris Rogers – he has given whichever pair gets the nod at Trent Bridge a grand opportunity to book-in for the series.

Warner is not a young man – he turns 27 in October.

But his recent behaviour smacks of immaturity.

Of particular concern to CA is no doubt the timing of both incidents that have seen him come a cropper.

The Twitter rant was fired off around 4 o’clock in the morning and his altercation with Root around 2am.

Alcohol was reported as a contributor to Warner’s latest episode.

It was in India in March that Australian coach Mickey Arthur drew ‘a line in the sand’ and stood down four players – Watson, Usman Khawaja, Mitchell Johnson and James Pattinson – after they failed to complete a request for feedback on their and the team’s performances.

Captain Michael Clarke said that the suspensions were as a result of an ongoing deterioration of standards amongst the playing group.

It would appear that in Warner’s case the example made of the quartet in India had little impact on his own level of behaviour.

The suspension will have a greater impact.

And plainly, being sent home would have had a greater one.

Australian cricket is currently at a modern-day nadir.

The Test squad suffered the ignominy of a 4-nil defeat at the hands of India in their last outing.

The top-order has performed underwhelmingly of late, while veterans Ricky Ponting and Michael Hussey rode off into the sunset late in the Australian summer and the current captain is battling a degenerative back injury in the hope of being fit for the first Test.

Former England players and Fleet Street scribes have been having a field day with the fodder that the Australian team has cast their way.

Warner should be on the plane home – an action that would signal to all and sundry that enough is enough.

To flagrantly be in trouble less than a month after another breach of the code of behaviour is simply unacceptable – to his teammates and the fans who help pay his salary.

Representing Australia on the cricket field comes with rights, riches and responsibilities.

Warner cannot tick off on all three of those criteria.

It is high time he learned to. 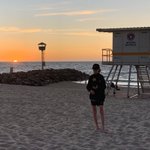