Following Shane Warne’s retirement at the end of the 2006-07 Ashes series Australian cricket was desperate to find a regular spin bowler. Replacing Warne was always going to be an impossible task as he was a once in a multi-generation player. While everyone understood that there was a belief that an ongoing, viable option could […]

How much does Mitchell Johnson got left in the tank?

“I was sitting there, thinking, ‘I could die here in the f***ing Gabbattoir.” That was what England batsman Kevin Pietersen wrote in his autobiography which was released late last year. The thoughts entered his mind as he was watching Mitchell Johnson’s frightening assault on England number three, Jonathan Trott on the second day of the […]

Michael Clarke: a man who divided and conquered

Michael Clarke was not everyone’s cup of tea but there is no arguing that he leaves Australian cricket having made an indelible impression. The Oval Test – his 115th – will mark the end of his Test career. Just days after bristling at suggestions that his career was about to end he completed a 180-degree […]

What a disaster: There goes the Ashes!

It took less than 100 minutes to disassemble Australia’s batting line-up on day one at Trent Bridge. Like a modern day Midas, Stuart Broad claimed an incredible 8-15 off 9.3 overs. It was a good thing that Nottingham specialist James Anderson was injured. Australia’s humiliation lasted just 111 deliveries – the quickest dismissal of any […]

Time is running out for Shaun Marsh to claim a permanent spot in the Australian Test side. He is in the frame for a recall tonight at the expense of his state captain, Adam Voges. Although, given Voges has played many seasons for Northamptonshire whose home ground of Trent Bridge is the venue for the […]

Where to now for Michael Clarke?

The national selectors have been decisive and swift to react in this series. Shane Watson had his lifeline extended for the opening Test at Cardiff but twin failures with the bat and a wicket-less showing with the ball saw him jettisoned in favour of Mitch Marsh. Brad Haddin entered the series on the back of […]

"Experience is the teacher of all things"

At times like this it is worth remembering the beauty of nature. 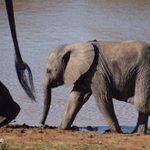